Trending Now
Litecoin Cash (LCC) Successfully Hard-Forks from Litecoin at...
Litecoin has sharply risen in price, cost bitcoin...
Advantages and disadvantages of Bitcoin wallet Electrum
Android Devices in Danger: New Mining Virus Detect
The crypto currency market makes a reversal: the...
Lightning Network – the last chance bitcoin to...
Bitcoin below $8500, the market is in depression
Cloud mining – the pros and cons in...
Crypto market falls: bitcoin fell below $9500
The US regulator became interested in Bitfinex and...
Home News The US regulator became interested in Bitfinex and Tether
News

The US regulator became interested in Bitfinex and Tether

As it became known, the Commodity Futures Trading Commission (CFTC) on December 6 sent BitFinex’s crypto-exchange and its related company Tether to the court.

A source familiar with the situation, Bloomberg, claims that the regulator is concerned about the issue of TET tokens of USDT, whose volume in the market exceeded $2.3 billion with a weighted average price of about $1. According to the company, tokens are provided with US dollars, but there is no data confirming Tether’s sufficient reservation of funds.

A close relationship between Tether and Bitfinex has long been discussed in the crypto community. In early December, a company representative confirmed it and also reported that they are headed by Jan Ludovicus van der Velde. Also, Tether’s director, Phil Potter, is the head of Bitfinex’s strategic development, and the financial director of the exchange, Giancarlo Devasini, also worked for Tether.

At the same time, the opinion is expressed that the trade in the USDT tokens on Bitfinex directly affects the price of bitcoin and it was the actions of these companies that led to its rapid growth. The last news the crypto-exchange market reacted negatively. Bitcoin fell below the level of $9,975, and at the moment its price is about $10,255 per token. 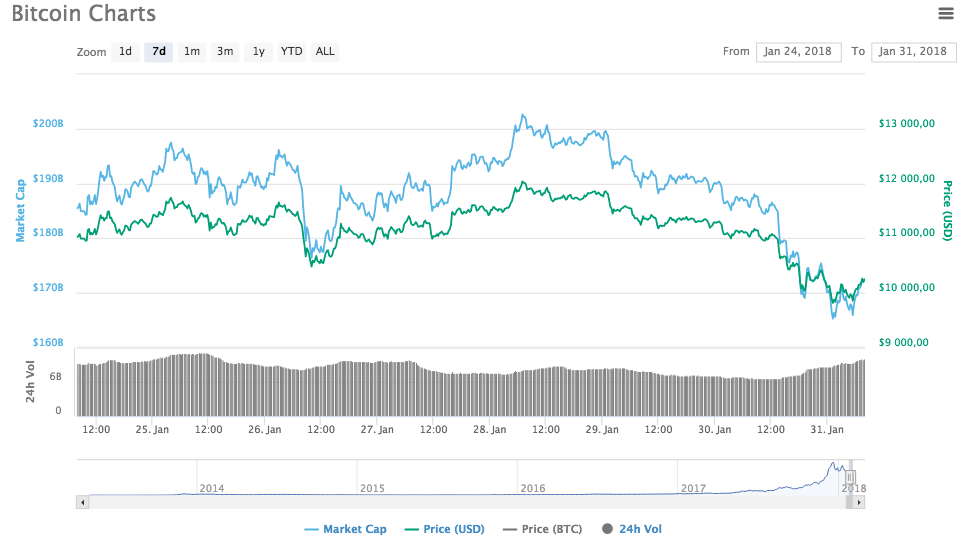 Let’s remind, that earlier the blogger BitCrypto’ed named Bitfinex a financial pyramid. He believes that it was through such a scheme that the exchange compensated customers for the funds lost by them during the break-in last year. At the same time, Bitfinex users are actively complaining about the problems with the withdrawal of funds from the exchange, and market observers have started talking about the possibility of repeating the script MtGox.

The project Tether in September began to work to counteract the doubts emerging in the crypto community in its solvency. Users often interpret statements about hacker attacks on crypto-currency projects as a sign of their approaching collapse, and in late November hackers stole tokens for about $31 million from Tether Treasury crypto-cheater.

Information about the world’s largest hacking of the...