Trending Now
The UK regulator banned the operation of cryptocurrency...
Litecoin Cash (LCC) Successfully Hard-Forks from Litecoin at...
Litecoin has sharply risen in price, cost bitcoin...
Advantages and disadvantages of Bitcoin wallet Electrum
Android Devices in Danger: New Mining Virus Detect
The crypto currency market makes a reversal: the...
Lightning Network – the last chance bitcoin to...
Bitcoin below $8500, the market is in depression
Cloud mining – the pros and cons in...
Crypto market falls: bitcoin fell below $9500
Home Bitcoin Bitcoin below $8500, the market is in depression
BitcoinNews

Bitcoin continues to fall – in the morning on February 2, its rate on most of the currency exchange declined below $8500, the average price according to Coinmarketcap is $8367 at the time of publication. Thus, the bitcoin rate fell by almost 55% compared to the record value in December 2017. We wrote about this earlier Crypto market falls: bitcoin fell below $9500. 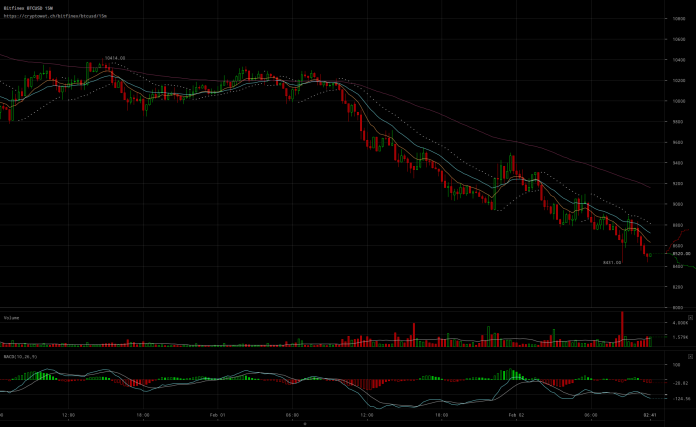 The drop occurs against a background of a number of negative news – reports of the intentions of a number of countries to deal with tight regulation of the turnover of crypto-currencies, the ban on advertising of crypto-currencies and ICO in Facebook and information about similar measures on the part of Google, as well as details on non-transparent activities in the Tether project, which is suspected in the release unsecured USDT tokens, which must nominally match the US dollar.

At the same time, a more significant drop is observed on the exchanges trading pairs against the Korean won and the Japanese yen, which is more likely to suggest a panic, which Asian investors give in just as quickly as the euphoria that pushed the bitcoin up a couple of months ago.

The fall also affects the rates of the remaining crypto-currencies – almost all of the top 100 cryptocurrencies show a decrease of 20% or more, and the reliable Ethereum results also showed a 25% decrease yesterday. 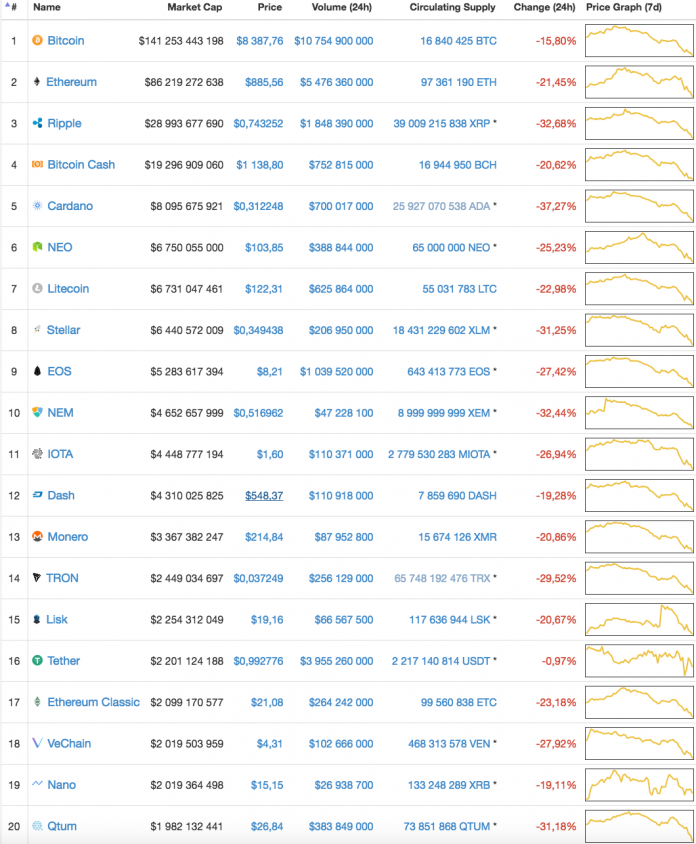